Free delivery on all products 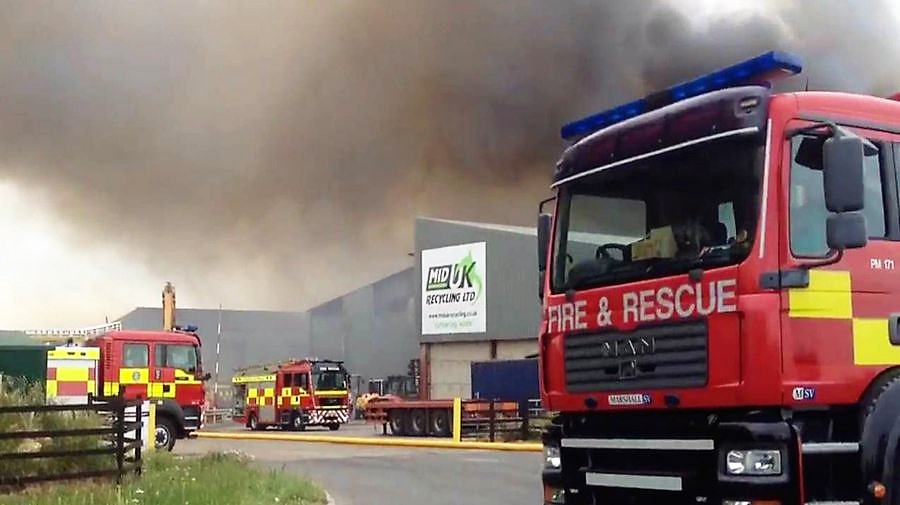 This week another recycling plant faced court action after it went up in flames. A fire destroyed 4000 bales of waste at a plant in Lincolnshire in 2015, and as a result, Mid UK Recycling Ltd. who manage the recycling plant for Lincolnshire County Council received a fine of £100,000 for a breach of environmental and planning regulations. With so many health and safety regulations in place, why do fires such as these still happen?

Already in June 2018 we have seen fires at recycling centres in Poole and Blackburn in the UK. Also in the news today was a huge fire at a recycling plant in California – it made it into international news because it was the fifth fire in the last 10 years at the same centre.

Recycling centres have many hazardous and flammable materials, from dry garden waste and wooden furniture, to batteries, chemicals and broken glass. It is easy to see how poor management can lead to a fire with this mix of combustible materials stored within close proximity of each other. For instance, the Poole fire, which required more than 70 firefighters to control the blaze, was started in the mixed waste area that contained around 20 tonnes of household waste that included duvets, old furniture and pillows. It affected a fifth of the facility.

In another fire in which tore through a recycling plant in Sandycroft, Wales last month, firefighters identified the cause was a fault with a machine on site – no human error was made. This was the second fire at the site this year and caused a huge amount of damage, and also emitted plumes of black smoke from burning plastic. It has since been de-registered by Natural Resources Wales.

In the court hearing this month concerning the Lincolnshire fire, Judge John Pini QC commented that the site had a “history of non-compliance”, and summed up by saying:

“The prosecution case is that despite warnings and advice from the Environment Agency, fire prevention guidance was not incorporated into the written management systems and the planning permission was not adhered to.

“Had the fire prevention guidance been implemented as it should have been, and condition six [of the planning permission] adhered to the fire could have been minimized or avoided completely.”

While the causes of these fires sometimes never determined, it is always extra important at such sites to maintain clear and visible fire safety and fire prevention signs, as these provide a constant reminder to site workers and visiting members of the public on how to reduce fire risk.

Dry waste is extremely combustible and any site, whether its a recycling centre, building depot, factory or logistics hub, needs to ensure that strict fire safety rules are adhered to. Systems also need to be in place to provide an early warning of fires so that they can be tackled quickly to prevent a fire turning into an inferno.